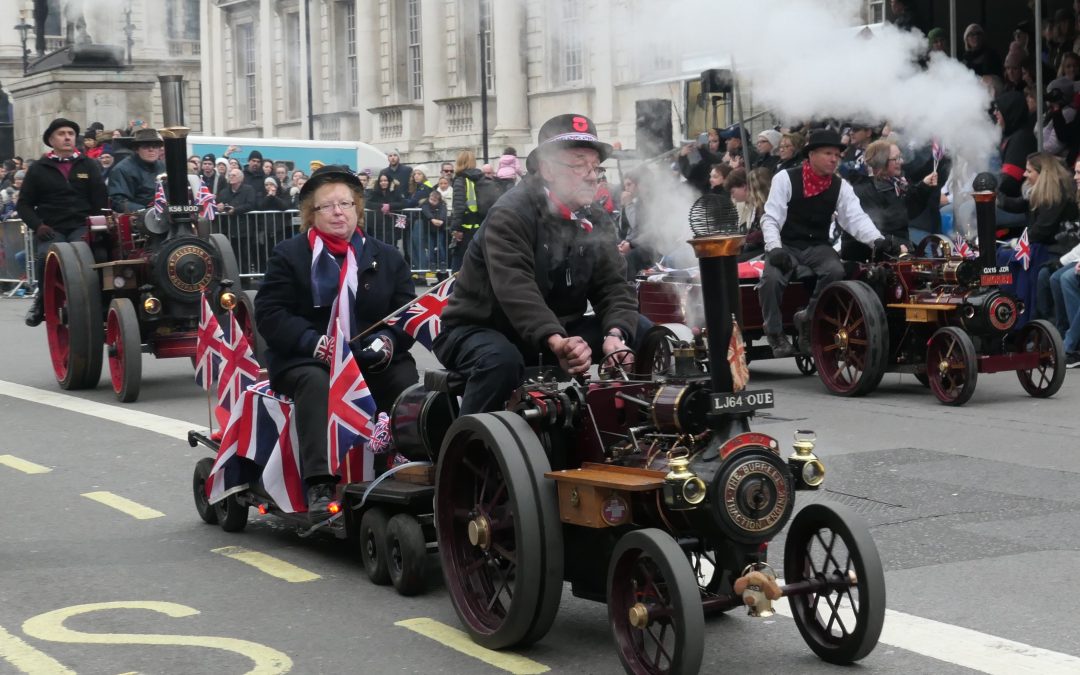 After New Year’s Eve fireworks and celebrations, being awake and ready to catch the New Year’s Day Parade at midday can be a struggle. But it’s the biggest thing happening in London on the first day of the year, and people now come from all over the world to watch or to participate.

Originally called the Mayor of Westminster’s Big Parade when it began in 1987, it brought some life to central London on a day that was traditionally very quiet, a day when everything from shops to museums were likely to be closed. Young Londoners would have been out in Trafalgar Square, celebrating the arrival of the New Year into the small hours of the morning, but by midday they would all have been home in bed, still fast asleep. 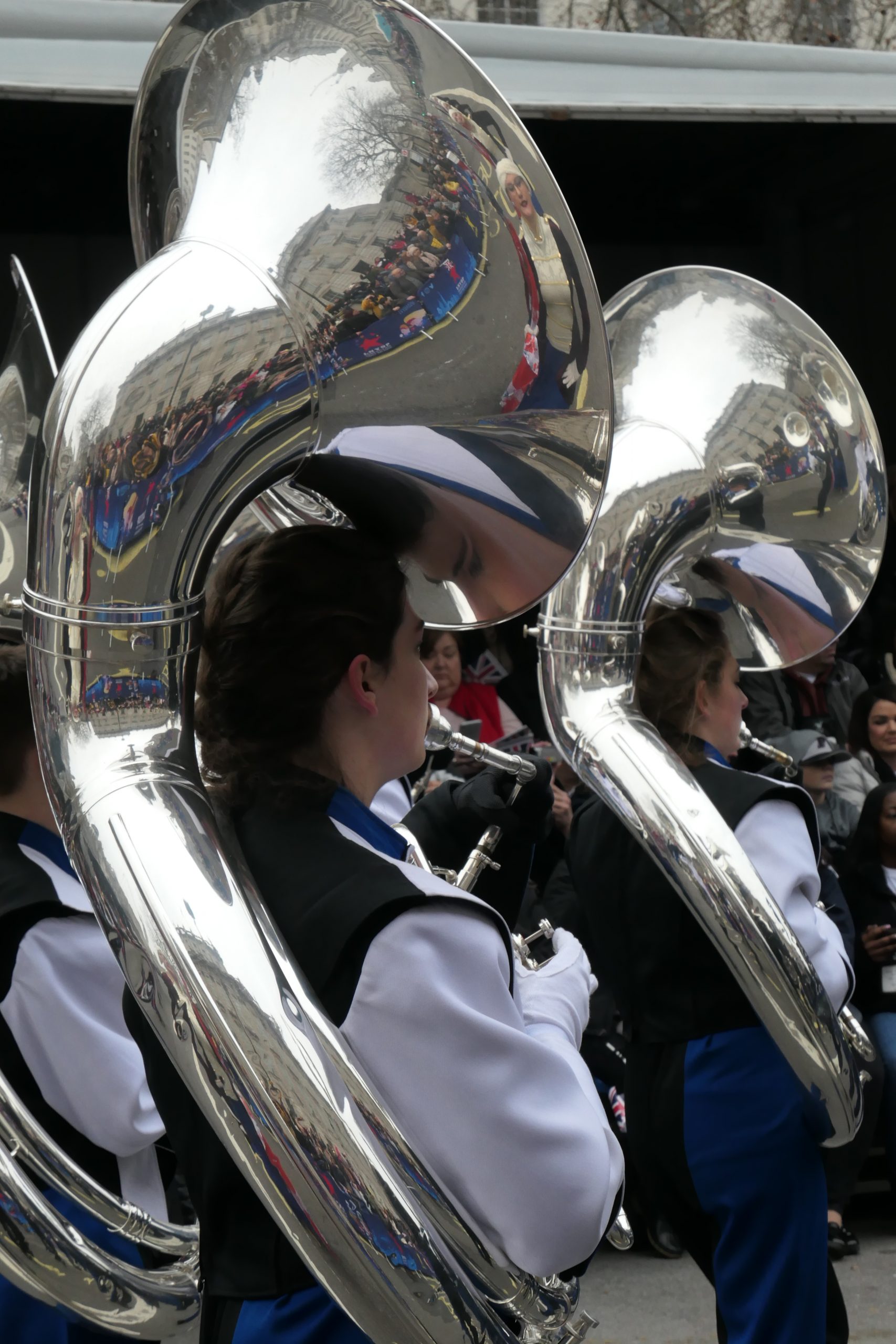 For families and visitors, what to do? And so began the Parade, apparently a shared initiative between civic leaders and tourism professionals. Today, people come from around the world and from all parts of London to participate. A core part of the Parade are the American high school and university marching bands and cheerleaders, bringing their enthusiasm and energy to the event, but also getting a chance to discover a different country and culture. 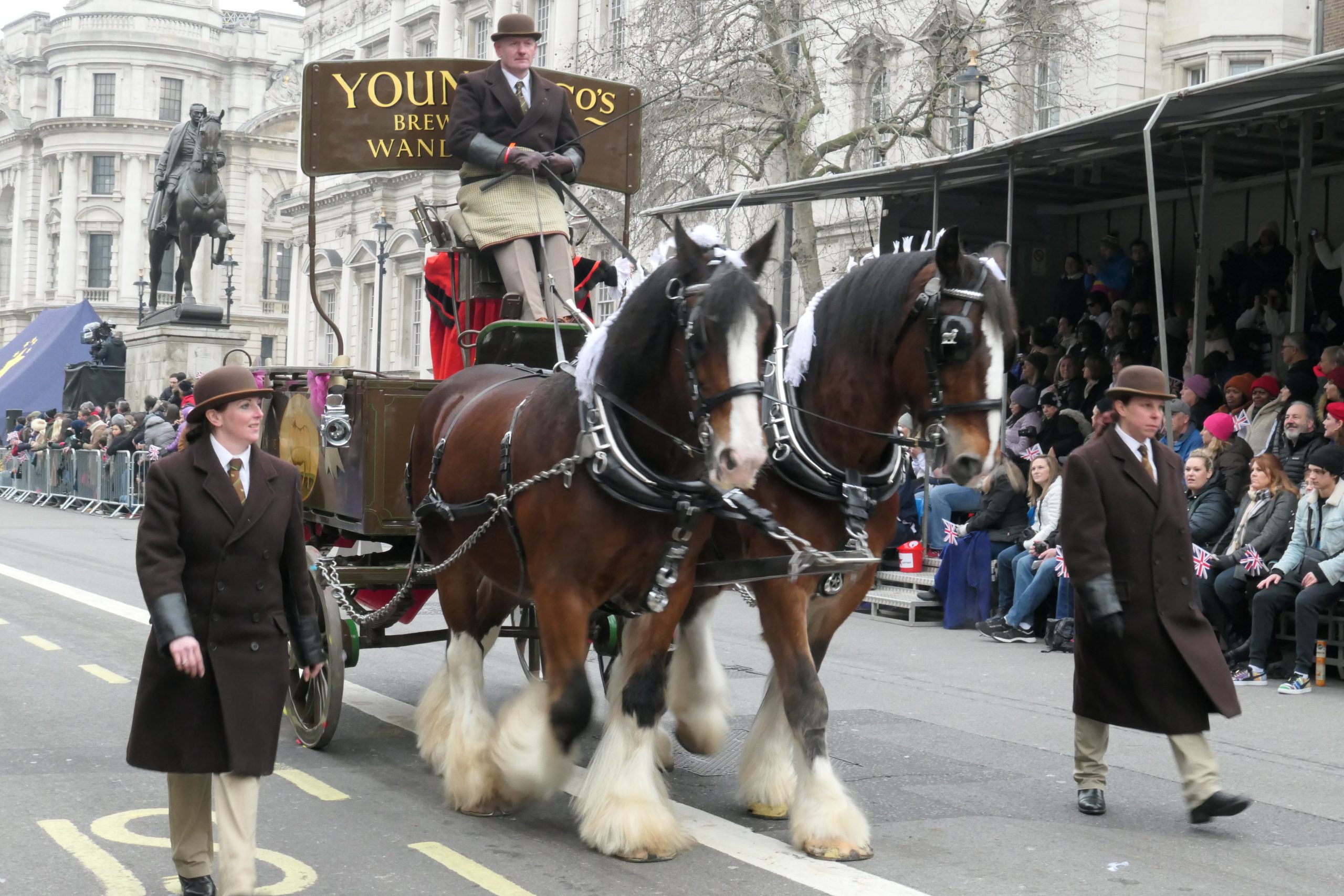 Alongside this, London and British participation tends to be about raising money for charity. The London Boroughs compete for a Top Ten ranking that brings them a cash prize to donate to their local charities. Their submissions will highlight the character of their area, its charities and businesses. 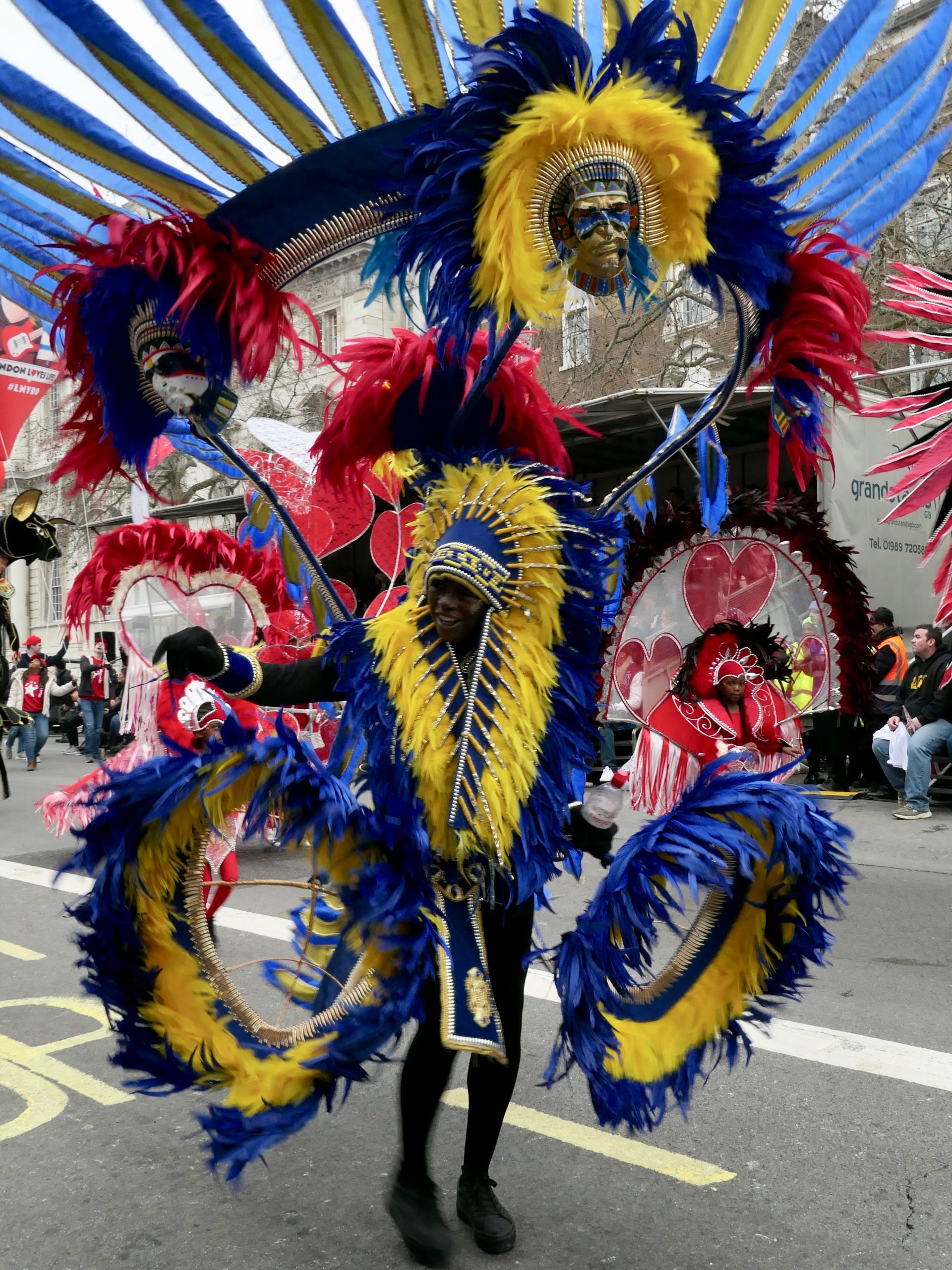 Some Boroughs can also call upon their ethnic communities to add some colour to the event – this man would look at home in London’s Notting Hill Carnival or any Caribbean festival. 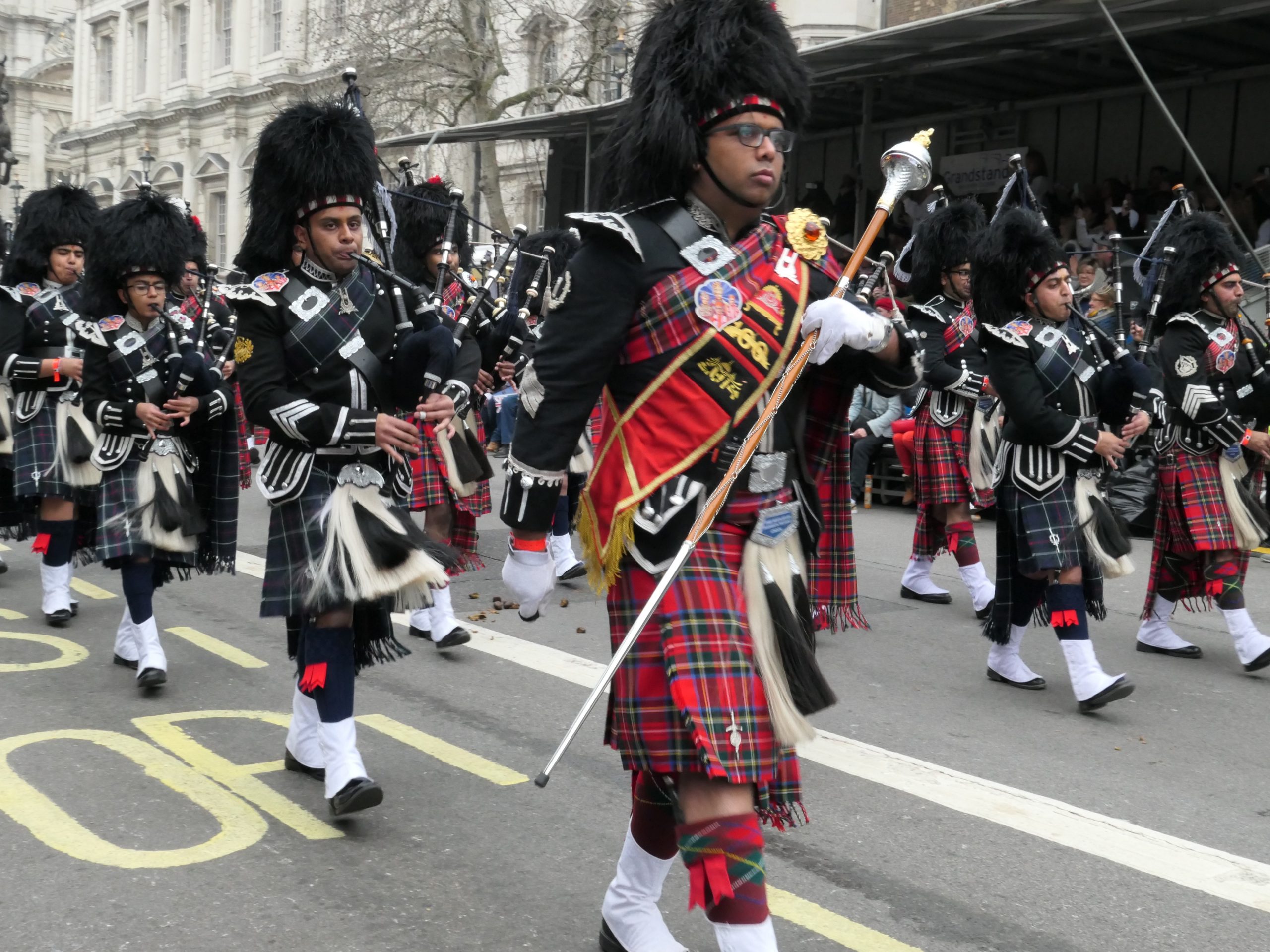 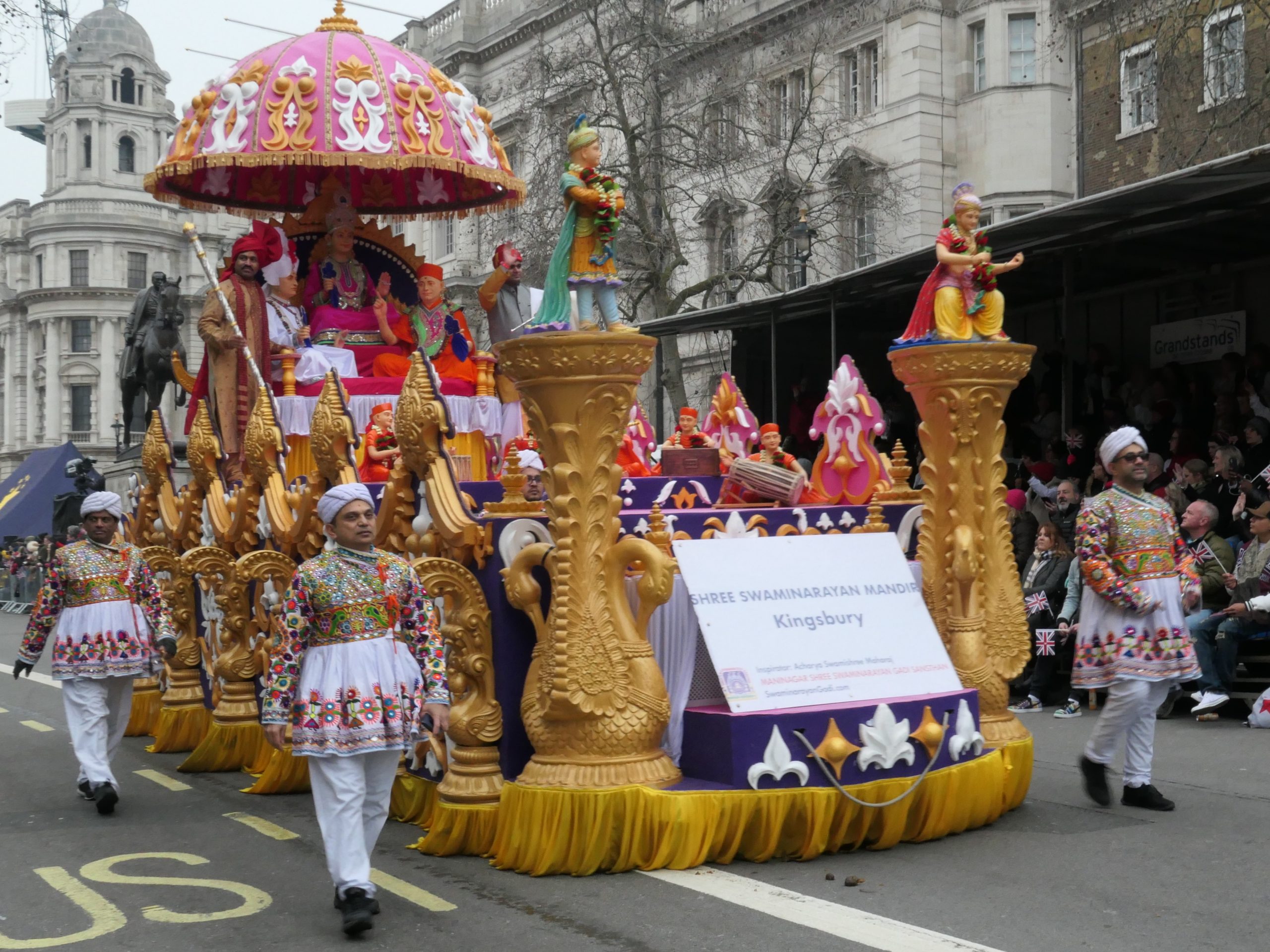 London groups like the Shree Muktajeevan Swamibapa Pipe Band support their local Hindu temple’s charitable work by raising money playing at events all over the world, not just here in London. 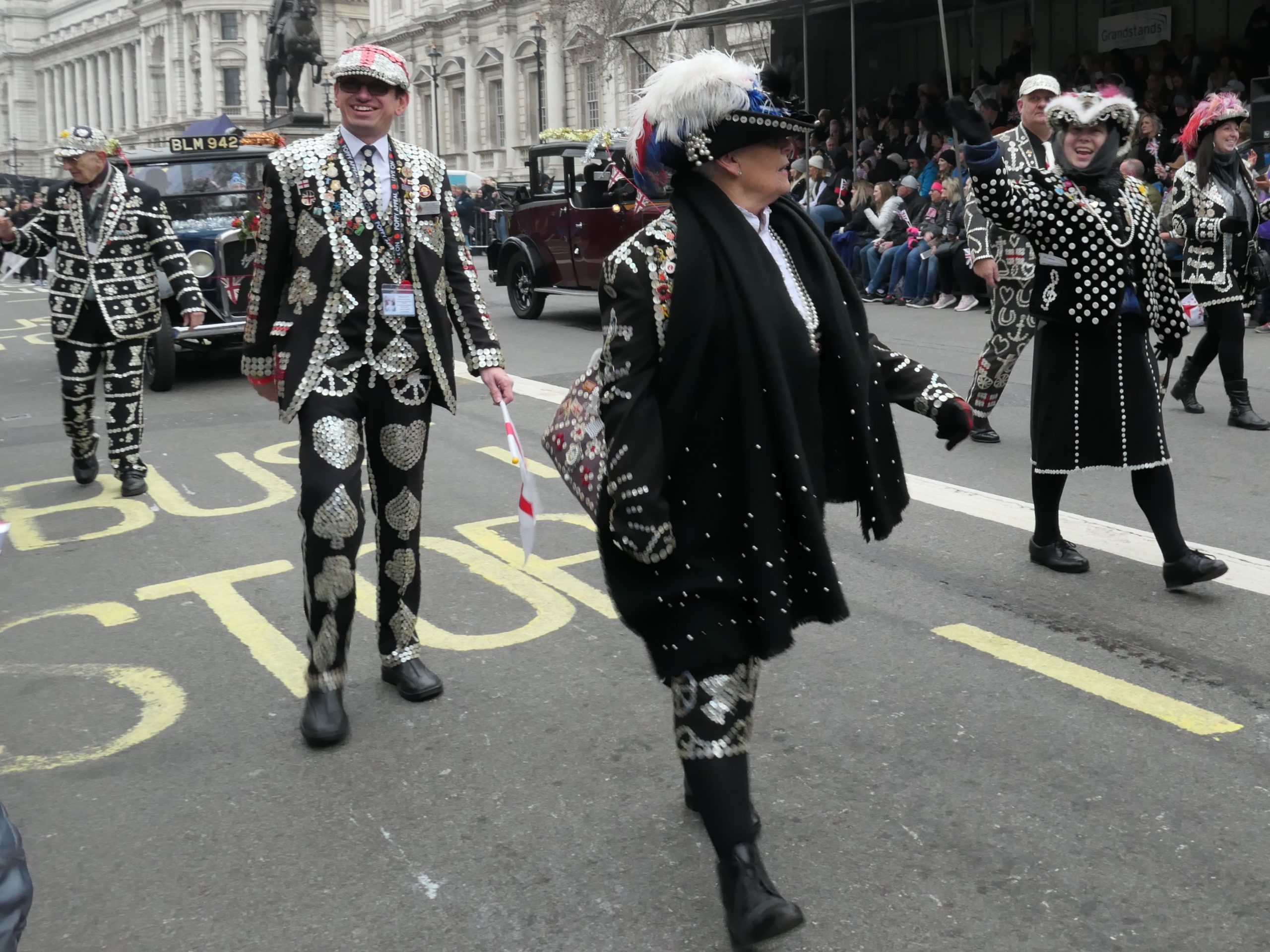 London’s Pearly Kings and Queens go back to the 19th century, when people who lived in poverty sometimes decorated their clothes by sewing mother-of-pearl buttons on to them. Street sweeper Henry Croft covered his clothes with pearly buttons to draw attention as he collected money for charity, and so the first Pearly King was born, a tradition that lasts through to today. 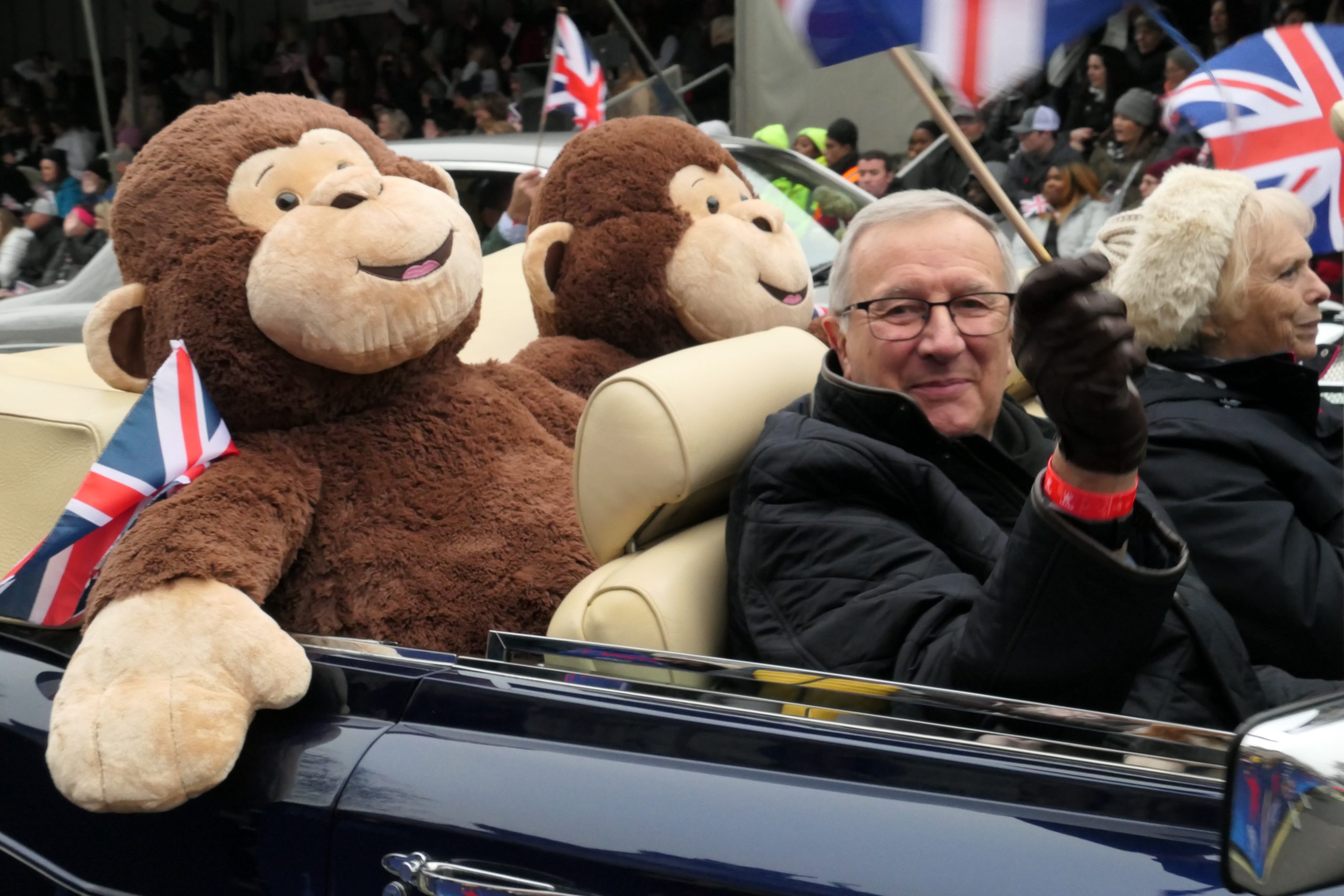 Car enthusiasts’ clubs play their part in the Parade, as well as participating in the many rallies that are now becoming such a feature for stately homes visitors. Quintessentially British Minis, Mini Mokes, Aston Martins, Bentleys and Rolls Royces all take part, as do a group of rather curious miniature steamers. 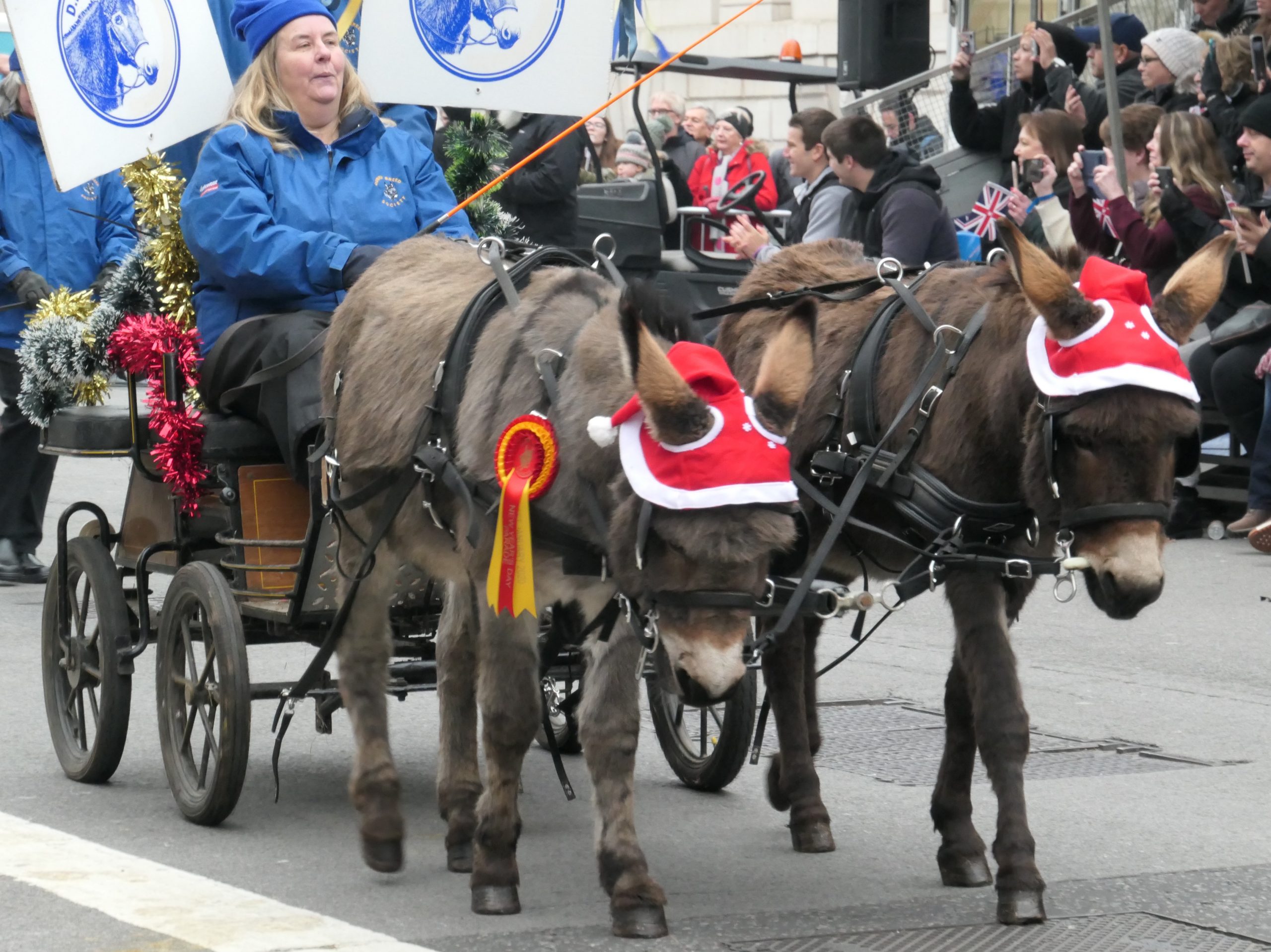 Animal lovers are represented too – the Donkey Breed Society and the All The Queen’s Horses group both see the Parade as a platform to showcase their wonderful animals, and to raise funds and awareness to work for their welfare. Decorated for Christmas, these donkeys remind everyone that the holiday isn’t over yet.