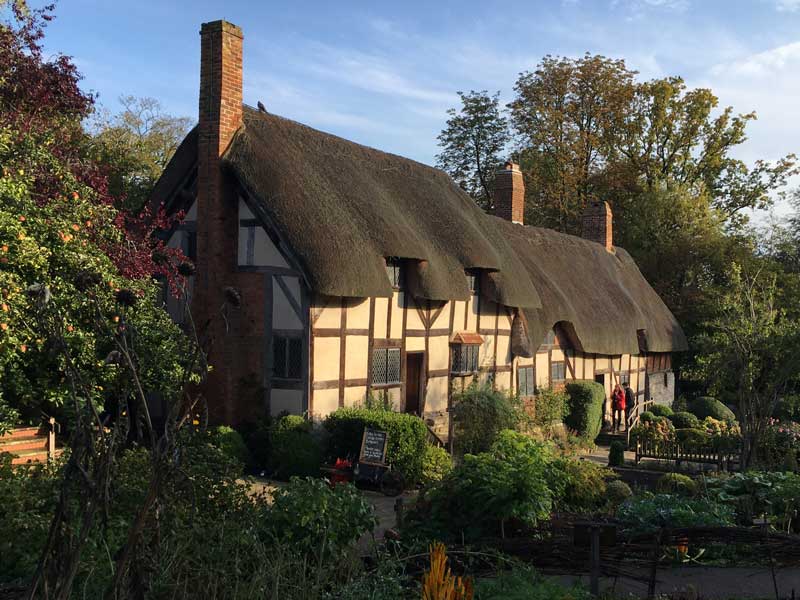 Stratford upon Avon is an attractive English market town – and also the birthplace of our best-known writer, William Shakespeare. Several homes associated with Shakespeare and his family have survived and can be visited, including his own birthplace. The church where he was baptised, and later buried, stands on the banks of the River Avon, only a short stroll from the Royal Shakespeare Company’s theatre.

All tours are by car, for up to 6 people, with your own private driver-guide. Tour prices from £840 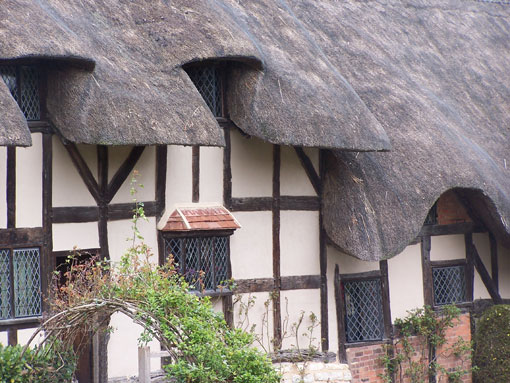 Crossing the Cotswolds to Stratford upon Avon, you can choose how to divide your time. One option would be to visit on or two pretty Cotswold villages, and maybe lunch in a rural Cotswold pub. The other would be to spend longer in Stratford. 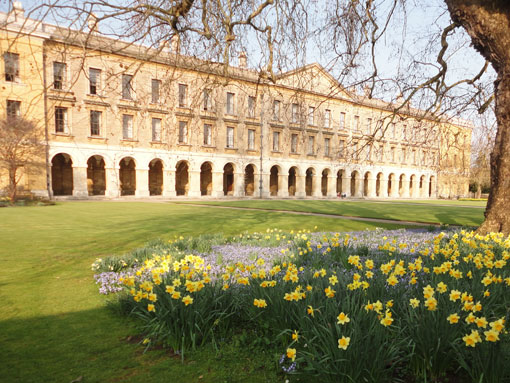 We would have time to visit one of the Oxford University colleges before driving on across the Cotswolds to Stratford upon Avon. Lunch in a pub is a possibility. Then, in Stratford, visit Shakespeare’s Birthplace and the church where he is buried. 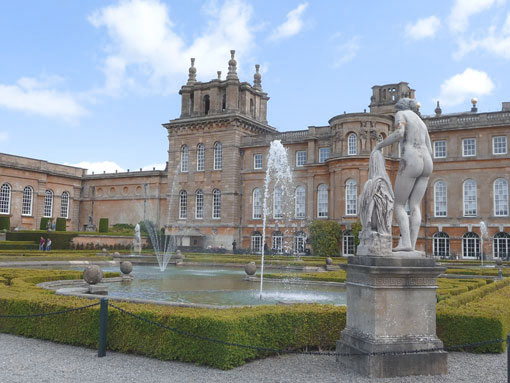 See the very contrasting birthplaces of two famous Englishmen in one day. Shakespeare’s Birthplace in Stratford will seem little more than a humble cottage in comparison with the magnificent Blenheim Palace, where Sir Winston Churchill was born. 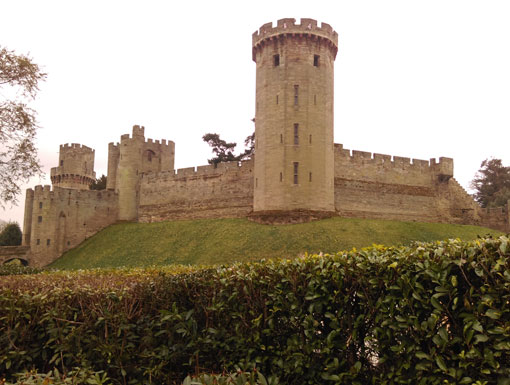 Visit Shakespeare’s Birthplace, or if you have children with you, take them to Mary Arden’s Farm. This childhood home of Shakespeare’s mother has lots of activities to capture their imagination.

Then, on to Warwick Castle, to a world of knights in armour, ghosts, battlements and dungeons. 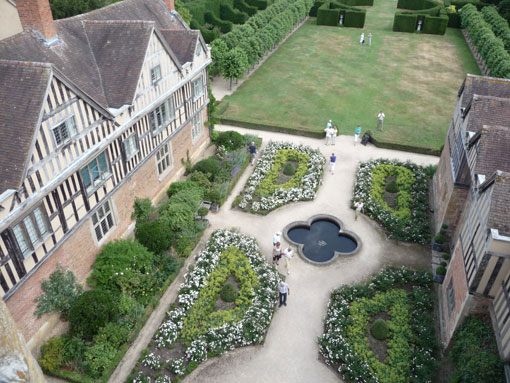 Stratford upon Avon & a garden visit

Both Shakespeare’s Birthplace and Anne Hathaway’s Cottage have lovely gardens. Then, from Stratford you can follow the history of Shakespeare’s times via the Gunpowder Plot of 1605 to Coughton Court, which is nowadays more famous for its roses than its political conspiracies. 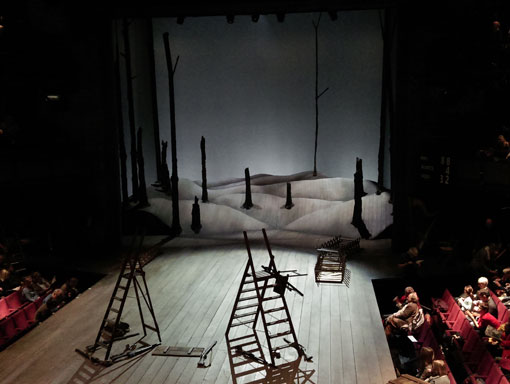 An early start would enable you to see Shakespeare’s Birthplace before attending a matinée performance at the Royal Shakespeare Company theatre. 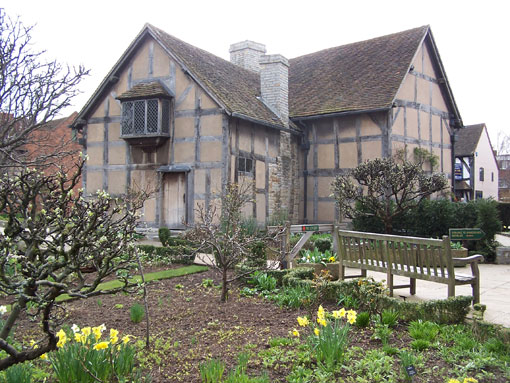 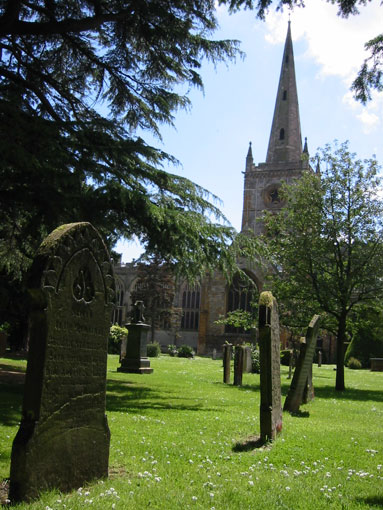 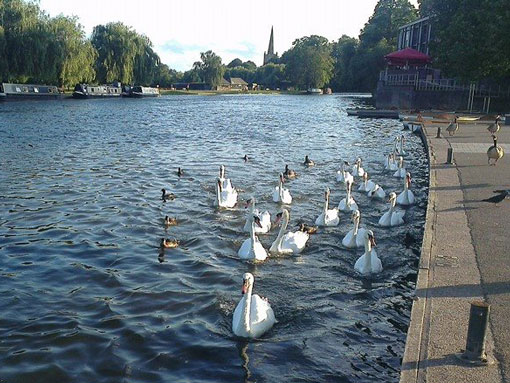 Swans on the River Avon